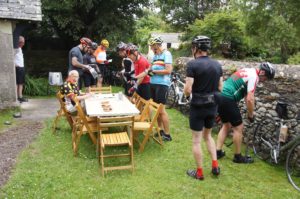 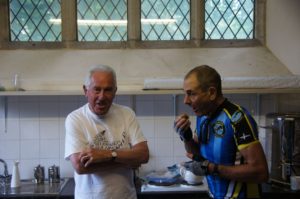 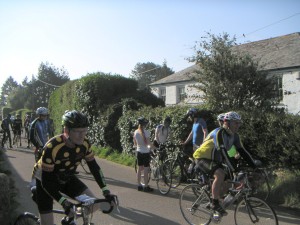 Route sheets and GPX files are now being sent out to entrants on the three Devoran events. The Gwithian control this year is in the church hall, where Peter and crew will have a bit more shelter and some mid-ride snacks available – so no trips down to the Towans this year unless you want to view the surf.

If you are a member, log in before going on to enter so that the entry automatically has your details. If you are paying by Paypal, be sure to return to the AUK site afterwards so your payment is recorded.

This event takes a direct route from the old port of Devoran to the mouth of the Red River at Gwithian, sweeping south of Camborne on the way back.

Tea or coffee at the start and free refreshments at the finish.

This event takes a direct route from the old Port of Devoran to the mouth of the Red River at Gwithian, followed by a loop to Marazion then the high Atlantic cliff road past Zennor and back to Gwithian with just one info control. The return route sweeps south of Camborne to the Devoran finish.

Tea or coffee at the start and free refreshments at the finish.

Lizard and the Camel

210km event from Devoran village hall, planned with the first-time randonneur in mind.

The route provides more modest ascent than other 200s run in Cornwall but it is scenic in the literal sense. The Camel Trail is used for a 21km section but this can be avoided on supplied all-tarmac alternative. Controls at Lizard Village, Gwithian and Padstow, plus 2 information controls.

Includes free cereal and toast at the start and soup, pud and snacks at the finish, with shop and café opportunities at controls and elsewhere on route.