Congratulations to three new PBP “Anciens”. All three local riders who took part in the 19th edition of the Paris Brest Paris Randonneur – Kevin Talbot, Paul Nelson and Simon Evans – completed the ride this morning. As it happens, all three also included the 300km Many Rivers to Cross event back at Easter as part of their qualification series for the event.

Click on the images below for stage timings. Unfortunately the tracker this time did not show distances, just timings for arrival at each control, but you can view the route on the ACP site here. 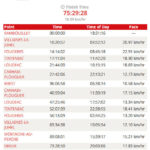 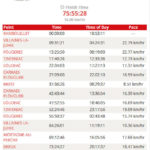 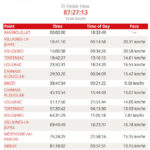 Posted in News | Tagged Many Rivers to Cross, Paris-Brest-Paris | Leave a comment

Two Audax Kernow events for April are now on the AUK Calendar.

The Falmouth Wheelers’ Cornish 100 and Bunny Hop rides will run on 14th April – a week before Easter this year, as Easter is so late.

The Penzance X-rated 200km and 300km events will run on the 21st – Easter Sunday. As 2019 is a Paris-Brest-Paris year they are running as BRM (Brevet de Randonneur Mondial) events and can be used as part of a PBP qualifying series.

I’ll be updating our own calender and Facebook page with these events sometime later this year, with others as they are calendared.

No Ed’s Mince Pie and Mulled Wine Audax this December to look forward to I’m afraid, but many years of a very special ride to look back on and celebrate. As far as I can ascertain, this ride started in December 2007, running first from Connor Downs before moving more recently to Carharrack,  and only missed one year (due to icy weather in 2011) in those 11 years. I’m sure everyone who has ever taken part will want to thank Eddie Angell and Wendy Wallis for all their past efforts and successes in warming parts other rides don’t reach. 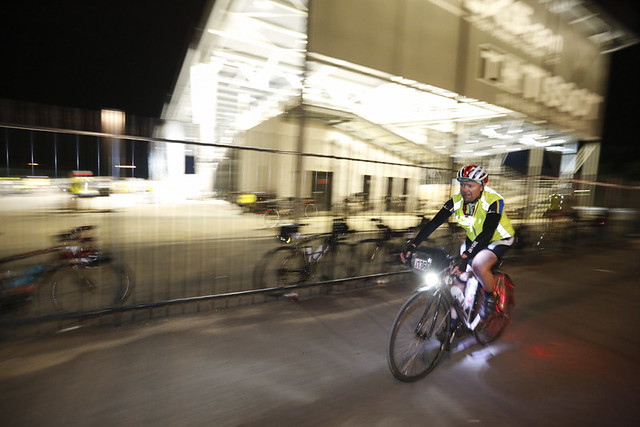 Martyn Aldis and Trevor Stephens have completed PBP. Trevor achieved a “sub 80 hour” finish, while Martyn, true to form, made it with just a couple of hours to spare. 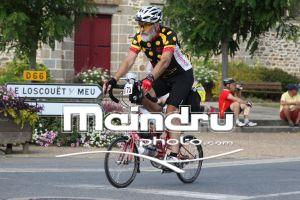 I have updated the “Forthcoming events” calendar with details of all the Audax Kernow organisers’ rides up until July. As usual, you will also find some details of Devon events that venture our side of the Tamar. Printable poster (PDF file) here:

As this is a Paris-Brest-Paris year all the events over 200km in length are BRM (Brevet Randonneur Mondiaux) events, run under the regulations of the French club, Audax Club Parisien (ACP). More information, including details of the timeframes for qualification, is available on the Audax UK site.

Rumour is that a few local Audaxers are hoping to take part this year. You can see Don Hutchison’s 1999 ride report on this site, and we’d welcome your reports of 2015 qualifying rides whether in Cornwall or further afield.