Cornish take on Devil in Devon 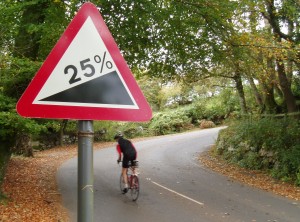 It’s always a hell of a ride, the Dartmoor Devil. It’s the sting in the tail of the audax season. 104km sounds like a nice Sunday’s distance. What makes the difference is the 2,500 metres of climbing. Well, that’s just one of the differences. The wind and weather too nearly always play their parts, especially on the exposed bleakness of the high moor, as the ride takes its toll, the gloom gathers and the Devil unleashes all his secret machinations.

A devilish crew of Cornishmen and would be Cornishmen (Helston Trevor, Robin, Raymond, Martyn, Nigel, Kevin, Don, John and myself) with 120 others left the comfort of the Cromwell Arms in Bovey Tracey and immediately were thrown onto a 1 in 6 steep and narrow alley with cold legs and lungs. Breathless at the top we recovered sufficiently before the Devil unleashed his next punishment, the “big climb” (said the route sheet) to Ilsington. Granny was already in full use. Then there were some steep ups and downs through the autumn woodlands before some relief on the descent to Ashburton – a nice town. At Buckfast the long climb to the first control was bearable at steady pace but then we were plunging down again into two more valleys. 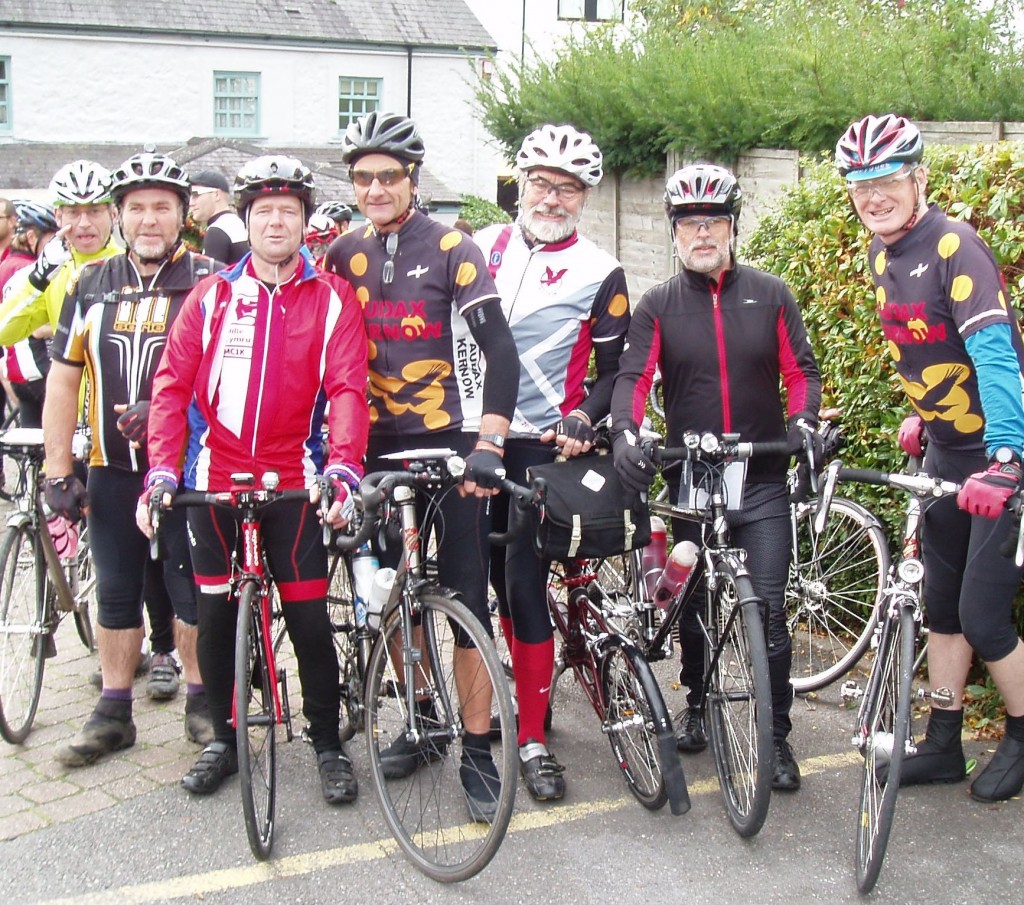 Despite the road sign pointing to Princetown on the high moor, the last control, there was no shortcut for the wicked as the fiendish design of this route began to dawn on us. We gained some height, then lost a bit, gained a bit more, lost a bit less and so the route developed but the high moor itself was kept tantalisingly out of our reach as we realised there was plenty more climbing yet to come. But the country along these edges of the moor were a delight in the autumn colours. Leaving the village of Poundsgate the road sign said 25% – so what’s new! At last the road became a nice steady incline passing Grimspound all the way to the edge of the high moor. Then at last a fast wide descent for a mile before the turn down the narrow lanes to Chagford and a welcome hot bowl of soup at the Globe Inn. Halfway.

But the descent continued below Chagford before the long slog began up a “series of hills”(that route sheet again) through Jurston before finally emerging onto the high moor proper. The good weather had brought out too many day trippers in their cars on this climb and they did not seem too pleased to encounter us. What relief on reaching the top. Now it was across the rolling plateau of the high moor and into a headwind. Still, not as severe as sometimes, or was that tucking in behind four other riders for the 9 miles to Princetown? Got just a ‘shouting’ glimpse of Trevor with Robin in his wake as we shot past each other at Two Bridges.

But where was the usual rain and fog? Were we going to get out of jail free after all? The roaring woodburner prepared for the Devil seemed a little out of place. A bowl of rice pudding and jam went down a treat. Only 26km to go, and in a tail wind. Just when we thought it was all right to go back in the water the Devil bit back. Swooping down to Dartmeet there was another 20% wall out of the valley. This did feel tough and some without a granny ring were having to walk up. Over the top and descending to the ford at Ponsworthy we slipped round some vehicles stuck in the narrow lane. Then it was just the final climb out of Widecombe up that famous hill, about a mile long, hard but not as hard as Dartmeet. Within 20 minutes my card was being stamped at the finish in The Kestor Inn at Manaton and we were all enjoying a very well earned pint or two, or was it three. The Devil had poked, prodded and punished us but we were unbeaten – for another year.